I have written before about my top 10 travel tips and also about my favorite travel hack: credit cards. Well here’s a look at how I’ve been able to travel better and cheaper using these strategies for one of the most expensive parts of travel: flights. Okay ~ I’ll reiterate something that I think cannot be repeated enough: make your money work for you. Credit cards can be an easy travel hack to earn lots of miles/points but only if done responsibly. It makes sense if you are going to spend the money anyway to put it on a credit card that you will pay off in FULL each month. These types of cards tend to have large annual fees and the interest rates are not worth whatever miles/points you’re earning. And it also is important to pay your bill on time (I am a fan of auto pay) to avoid late fees.

So let’s say you’ve heeded my advice and don’t spend more because it’s a credit card or to make the spending limit for the bonus and now have a decent amount of miles/points and are wondering what to do. I’ve noticed that most people writing about this tend to be of the mindset that the best payoff is with a redemption for business class (or better) on an international flight. I personally think that you should use the miles in whatever way allows you to travel the way you want. For some, it may be taking a business or even first class flight for their dream vacation or for others, taking as many flights as possible is the ideal. Don’t travel the way others think you should, stay true to yourself and do what you want. However, I do offer the advice to use the miles sooner rather than later as we have seen that the mileage programs for airlines tend to change (and not to our advantage) annually. Here are some of the ways I’ve recently have used my miles/points.

I did a very in-depth post about my transportation costs when I traveled South America including flights here. The video above is when I was the only passenger in first class on one of those flights. Intercountry flights in South America were fairly expensive as was the flight home from Argentina at Christmas time so my miles really saved me a lot of money. In addition, LAN didn’t charge fuel surcharges or award ticket fees (even with my bookings a day or two before my flights). The biggest plus for me wasn’t monetary but how much time I saved by being able to travel vast distances quickly.

I always say to use your resources when traveling and I stumbled across this website one sleepless night: travelisfree.com. I hadn’t even known that a reward ticket like this was possible and it took a lot of playing around on United’s website and a very persistent and helpful customer service rep (literally was on the phone with her for 3 hours and she had to call me back after every hour because United automatically disconnects the call!) to actually book it but I eventually I had a round trip ticket with one stopover and two open jaws. Itinerary: DEN – BKK (Open Jaw) KUL – AMS (Stopover) AMS – JFK (2nd Open Jaw) An open jaw is when you fly into one airport and out of another in a round trip ticket ~ you are responsible for getting from the first airport to the second. I had done some research and saw that flights in Asia and specifically in/out of Bangkok and Kuala Lumpur were fairly cheap as they were both big hubs so that’s why I chose an open jaw here. And I gambled and booked a round trip ticket because that was the only way I could get a stopover (longer than a layover typically 24 hours+ in a city). I chose Amsterdam because it was a large hub that could allow my adventure take me to the Middle East or Africa before heading back to the US. I had a number of friends that I wanted to visit on the east coast especially NYC so flying into JFK made sense here instead of flying back to Colorado then flying out east.

So for only 120,000 miles and $112.76 (taxes), I would fly business class/first class for essentially an around the world ticket. This would have been such an incredible travel hack except I completely changed my travel plans and only flew the first leg as scheduled but what a flight it was: Royal Laurel (business class) on EVA airlines.

I had heard that EVA had what is considered one of the world’s best business class products and I was really glad that I used my miles for this (plus if you don’t have status, the flight allows access to one of my favorite airport lounges: LAX Star Alliance!). The service provided was phenomenal from the moment I walked onboard and was escorted to my seat and continued until I left the plane. I am a window seat person so having two on top of reverse herringbone lay flat seats + Harnn products + full drink menu including some tasty cocktails and Veuve Clicquot Grande Dame 2004 really elevated the experience for me. 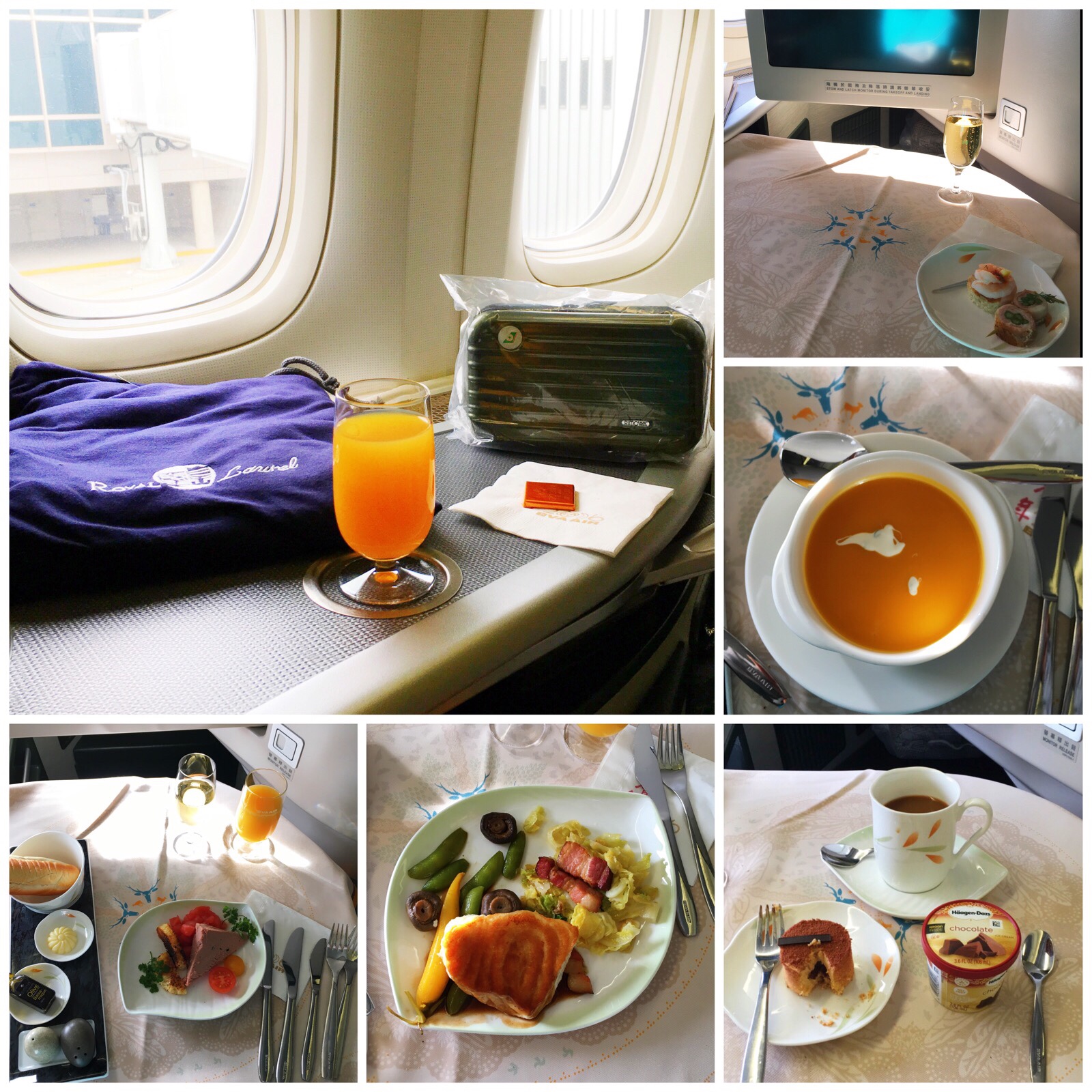 The welcome drink of orange juice and a Godiva chocolates with a PJ set and my favorite amenity kit EVER ~ a Rimowa case with Harnn products. Finally once we took off, I was able to have a glass (or what ended up being a bottle or two ) of my beloved Veuve Clicquot and then the food kept coming and coming.

I have used my miles to splurge and also to just get from point A to point B. Before my more recent travels, I went to London, Honolulu, Vancouver, the Big Island Hawaii on my miles. It’s been about what I’ve wanted to experience and where I thought the best value was. There are many, many more flights for me to take ~ and I still have many points and miles so where will some of these take me?