So I think it is well established now that I am REALLY into eating and there is no way that I can go to Peru and not visit Lima, right?  I hear it’s the culinary capital down in South America…and I might as well sample some of the local libations.

I had been told to stay in Miraflores and not the city center and so glad I heeded that advice.  It is a beautiful part of town and where I will spend most of my time and it was safe enough for me to walk around by myself, even at night.

The beautiful coastline with its safe and well-maintained boardwalk.   TL: At one end: Getting into the festive holiday spirit at the Larcomar Mall BL: The other end: Miraflores Lighthouse under renovations. TR: View of the beach and Costa Verde (Green​ coast) from the boardwalk  MR: Many parks with exercise equipment and people out running along the way with the modern buildings in the background BR: My favorite place in Lima: Parque del Amor – beautiful with the flowers and mosaic tile pieces and the embracing lovers statute T: A popular activity : paragliding ~ haha do not bring your Australian paramedic friend that shares your fear of heights after ceviche and Piscos when you are contemplating doing it – won’t happen B: The last night in Lima and sun finally shines through a bit for a gorgeous sunset

One of the cool things that I will see is the pageantry of the changing of the guard at the Presidential Palace in Lima. The experience is made especially cool because this older gentleman helped me get to the front and center of the crowd! So I am still unsure how I feel about this – TL: Inside the well – letters/prayers to Saint Rosa BL: A statue of her overlooking the well – she was the first person born in the Americas to be canonized as a saint and that well is significant as where she weighed herself down and locked the gate (then threw the key down) ~ yes a nice way to say she took her own life but no one records that as part of her history…   TR: Plaza Mayor at night BR: Cool architecture downtown Ok so I really did come for the food and how was it? AMAZING!  I was in Lima three full days and had ceviche five times and it was so good each time.  But of course, if you come for ceviche you must go to La Mar Cebicheria and it was sensational!

Lucuma and maracuya (passionfruit) ice cream cone looking down Jiron de la Union ~ once the most important boulevard in the city, now a commercial pedestrian street (Historic centre of Lima) 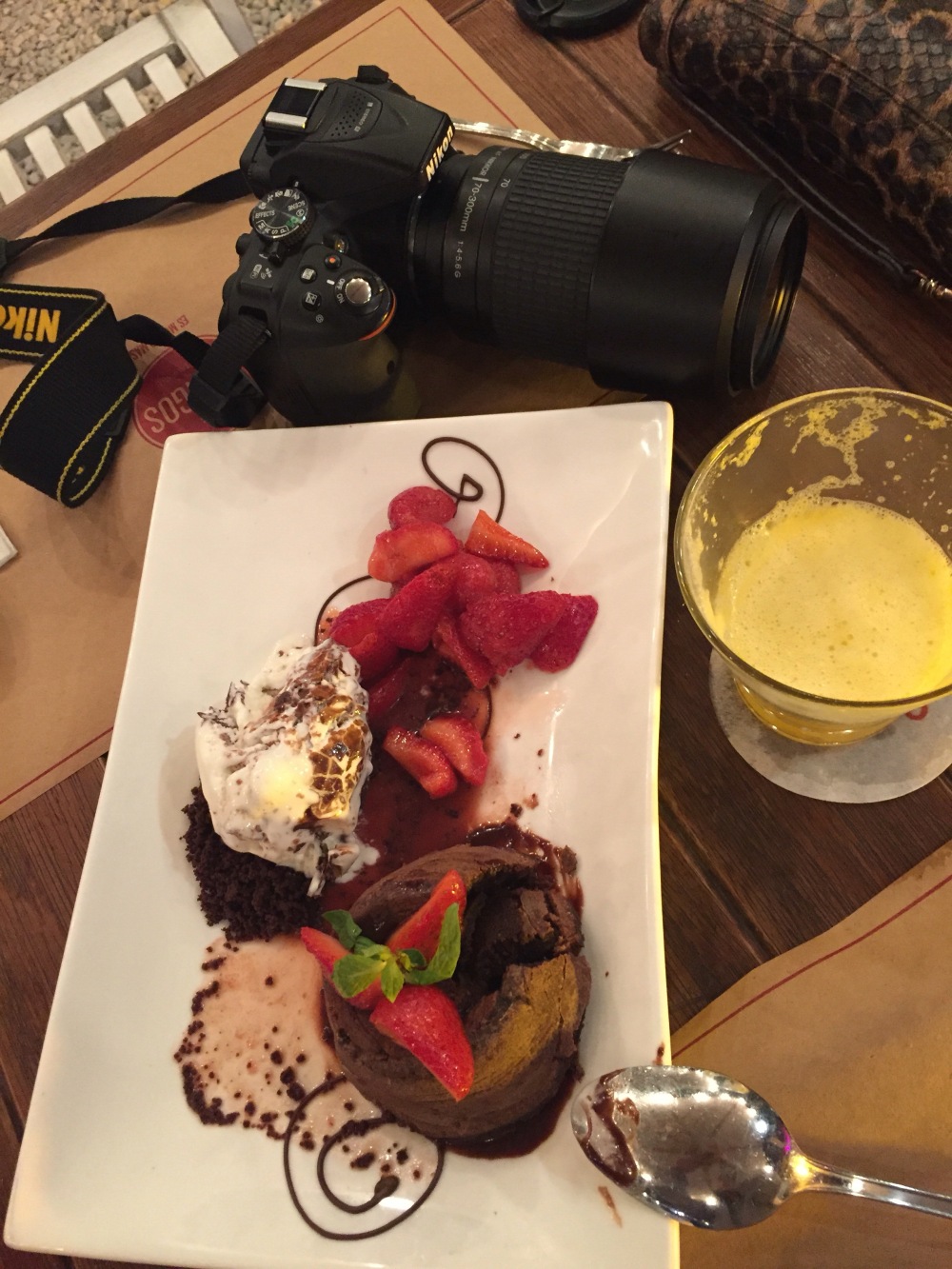 So we had devoured the ceviche and started in on the molten chocolate cake (highly recommended by the cute couple sitting by us) before I thought to take a picture ~ and my maracuya pisco sour ~ became a favorite quickly (Mangos, Larcomar, Miraflores)

I go looking for good food and also find some great new friends. Is it a self fulfilling prophecy?  I really do believe in the goodness of people and am continually meeting such incredible people that prove me right.  I was in the Galápagos and when this couple found out I was coming to Lima, they offered to show me around their city.  They even went so far as to take time off work (since I was there only during the workweek) to take me to lunch my first day!

And oh, E from the plane who takes me to Central.  It is his favorite place and happens to be one of the best (rated #4) restaurants in the world.  It is divine and I am so excited for the food and distracted by the amusing conversation and don’t even realize until the next day that I neglected to take pictures! 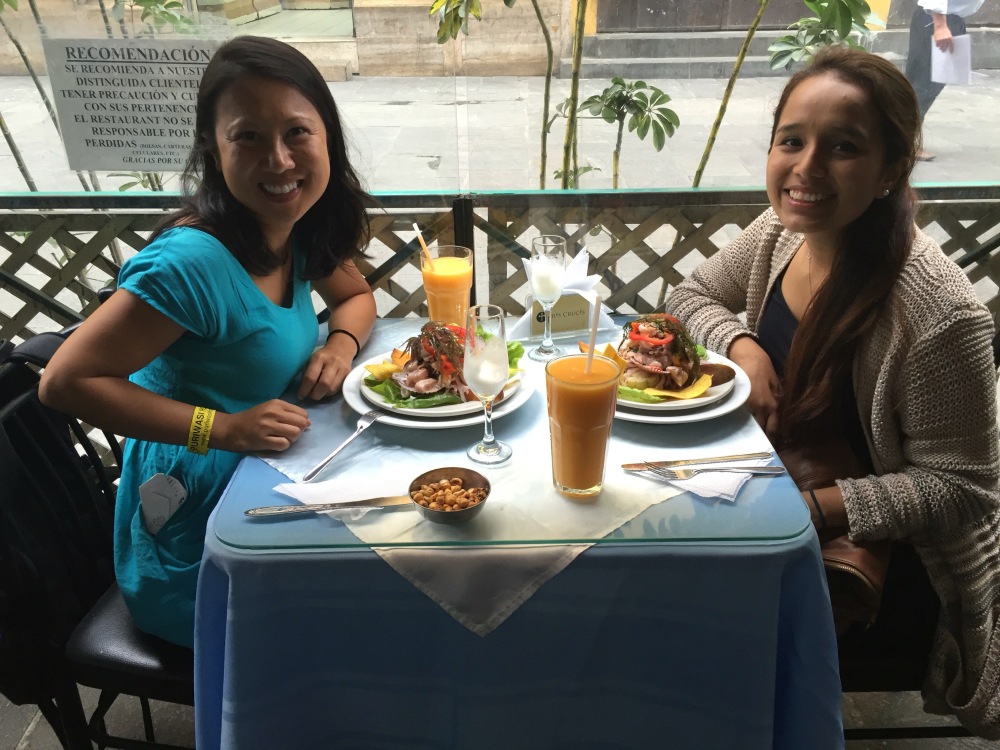 And this sweet girl who I was lucky enough to spend so much time with in her hometown. I am not sure how it worked out that we became friends but I am so glad that we did.  She took me on an incredible tour of the downtown area (haha way better than the walking tour we would do the next day) and helped me with my Spanish.  I did learn where she got her sweetness from as her lovely mom knitted me a scarf (as she was worried I would be cold when I got to Salar de Uyuni).   I wish I had a picture of the three of us and my Aussie friend from our delicious lunch at La Mar but I will always have my lovely memories.   I know that she has a long list of places that she hopes to visit some day so maybe I’ll meet up with her again at one of those locations or perhaps in Peru one day soon because again it is time for me to get going…